These are the questions we’ll be tackling in this Plexus WorldWide Review. We’ll take a deeper look into the company, it’s products, and what it takes to be successful as an Ambassador.

So let us break it down for you.

What is Plexus WorldWide?

According to their company page, Plexus’s Mission is this:

“Plexus Worldwide is committed to providing our Ambassadors with life-changing products and a unique and rewarding business opportunity. The combination of our products and opportunity help open the door to personal success and financial freedom.”

Essentially, Plexus is a wellness company that sells dietary supplements.The company’s products are aimed at helping its customers detoxify their bodies, lose weight, and live a healthier, happier lifestyle.

The company markets its products via person-to-person sales (direct selling) where those who have often experienced the benefits of the Plexus line of products share their stories and the products with those they know. The company has been ranked on the Inc. 5000 list of top growing companies for the last two years.

They are a fast-growing, successful company employing the network marketing and direct sales model through distributors they call “Ambassadors.”

One huge plus for anyone considering joining Plexus as an ambassador, is that their founders have years and years of “boots-on-the-ground” experience in network marketing and distribution. They are both successful distributors in other networking companies which gives them the upper hand in crafting both products and a compensation plan that works very, very well.

Plexus International President Alfred Pettersen, who had started his career with network marketing in Canada, and Plexus CEO Tarl Robinson, a successful distributor in several direct sales companies, joined forces to purchase the company in 2008 from its original founder who had taken ill.

The company experienced enormous growth between 2010 to 2014 with continued projected growth:

Plexus is in that “sweet spot” right now where it has been around long enough to have achieved some success, proven its business model, and built a solid reputation. However, it is still new enough that there is lots of opportunity for growth and building a long-term, sustainable income.

[highlight color=”” rounded=”no” class=”” id=””]Curious how experts are growing their businesses fast? Check out our free training to learn the secrets…[/highlight]

Both Pettersen and Robinson sought to reshape the company based on their own experiences working in the network marketing and distribution industry.

“I wanted to do network marketing as it could be done and should be done,”

Pettersen said in a 2014 interview with Direct Selling News.

As Pettersen and Robinson expanded the company’s product line (up until then it had only offered breast self-examination kits) they tapped into their backgrounds to create a new vision for better and more efficient network marketing. They renamed their distributors Ambassadors and created a new compensation plan called The Plexus Plan. The new plan included the possibility of profit sharing as well as a low annual fee of $34.95 to join as an Ambassador.

Without brick and mortar shops, Plexus relies heavily on their Ambassadors, and they invest a lot of time into training and supporting them. But unlike some network marketing companies, they also offer direct online sales to customers as well. However, this fact doesn’t seem to have impacted Ambassadors’ sales nor to be a huge point of concern for most Ambassadors.

The company currently offers 17 products the most popular of which is dubbed the “Pink Drink” (Tri-plex). According to Direct Selling News, a recent internal survey of their Ambassadors found that about 92 percent said they had joined the company as Ambassadors because they found that the products work. Its website is full of video testimonials from both customers and Ambassadors.

Many, if not all, of the Plexus products contain active ingredients known to aid greatly with weight-loss. However, Chief Marketing Officer Alec Clark is on record as admitting that the products aren’t for everyone. Like most weight loss products, results will vary by individual. Of course, the company makes a point of  recommending that clients consult their physicians prior to using Plexus products.

A few years ago, the company received a warning from the FDA regarding product claims. FDA might not regulate or test the safety of wellness products, but they do have strict guidelines on what a company can claim about a product. Showing their integrity and commitment to their customers, Plexus quickly reviewed and rewrote several of their product descriptions in order to be in compliance with FDA guidelines. Again, this doesn’t seem to have affected their astronomical growth. The company has plans to continue to expand its product lines which is good news for Ambassadors as it provides more opportunity for sales.

Along with its popular detoxification supplements, weight loss products, and the company’s original Breast Chek Kit, they offer a body cream, a line of pain relief products, and a multivitamin.

Can You Be Successful with Plexus? What You Need to Consider…

So in the end, Plexus Worldwide is definitely a legitimate company that is empowering thousands of people to build full-time incomes by working from home. Their products are helping lots of people and are in high demand. Overall, it is one of the best networking companies you could be a part of…

So the only remaining question is “Should you join Plexus or not?” Well, before you do, I HIGHLY recommend you check out free training on how to build a successful network marketing business. In this training, you will learn what we are doing right now to build a large networking organization. 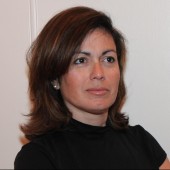 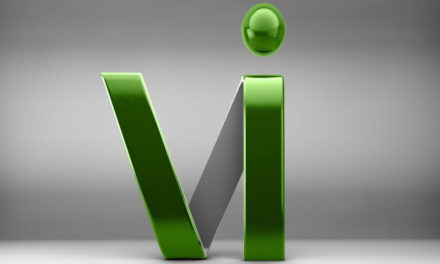